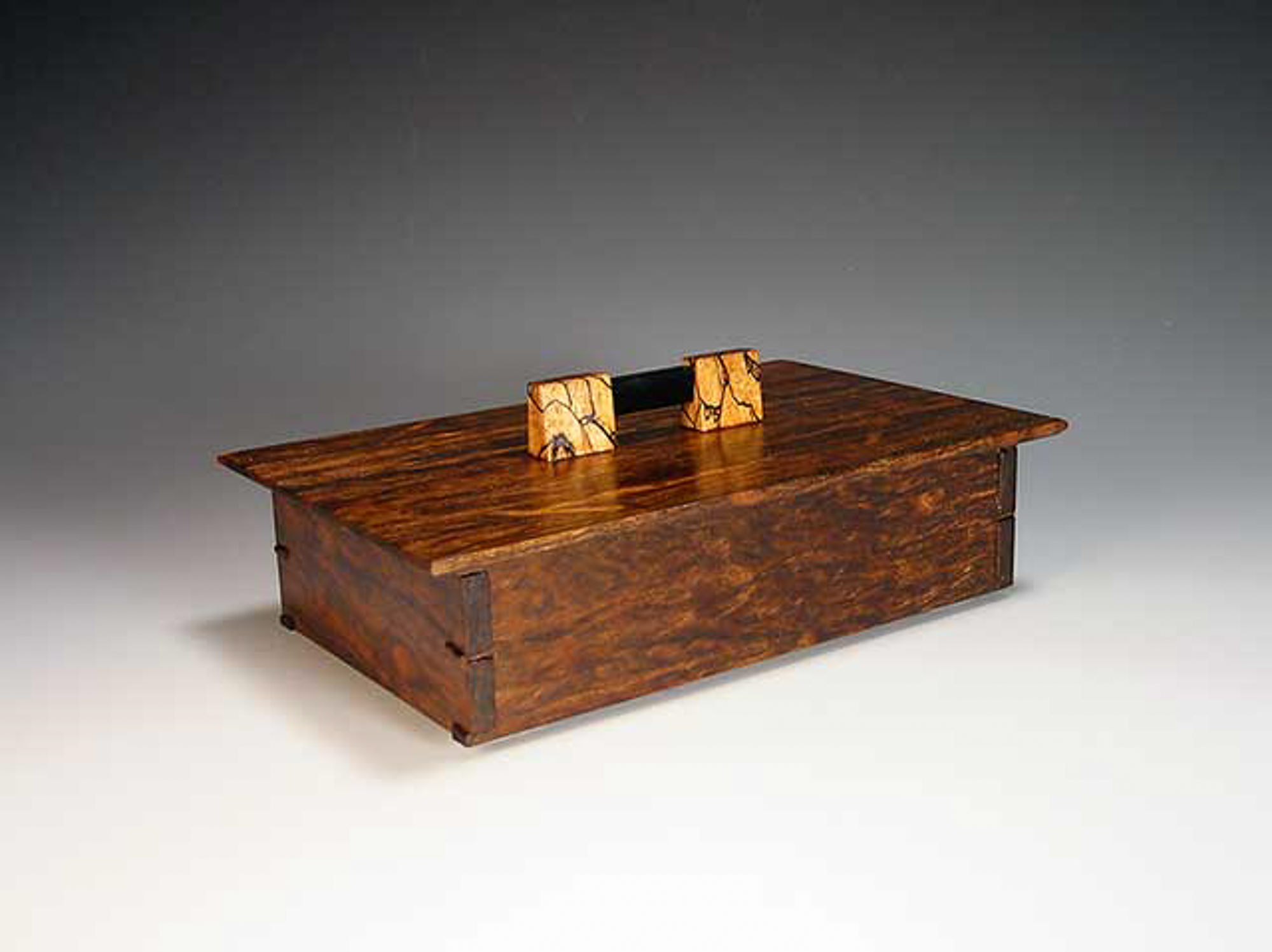 I made this for a close friend. He once worked for me. He says I taught him something.

It wasn't like that, really. There are people who are able to just learn things.

You don't have to do much teaching.

He was 21, I think, when we met. He'd been on his own since running away from home in England at 16. Had lived in Paris for a while. Very British accent. Fluent in several languages. A dashing young adventurer skateboarding through the streets of Manhattan.

He worked for me for a while and learned what he needed to learn. He could do it, easily. He could do anything, as far as I could tell. So showing him that "story sticks" work better than tape measures wasn't very hard. He caught on real fast.

Then he went off to Hollywood and became a production designer. Movies, videos, commercials. He designs and builds dreams; phantasmagorical edifices. And says I had something to do with it.

I doubt it. But it makes me damn proud that he says it. 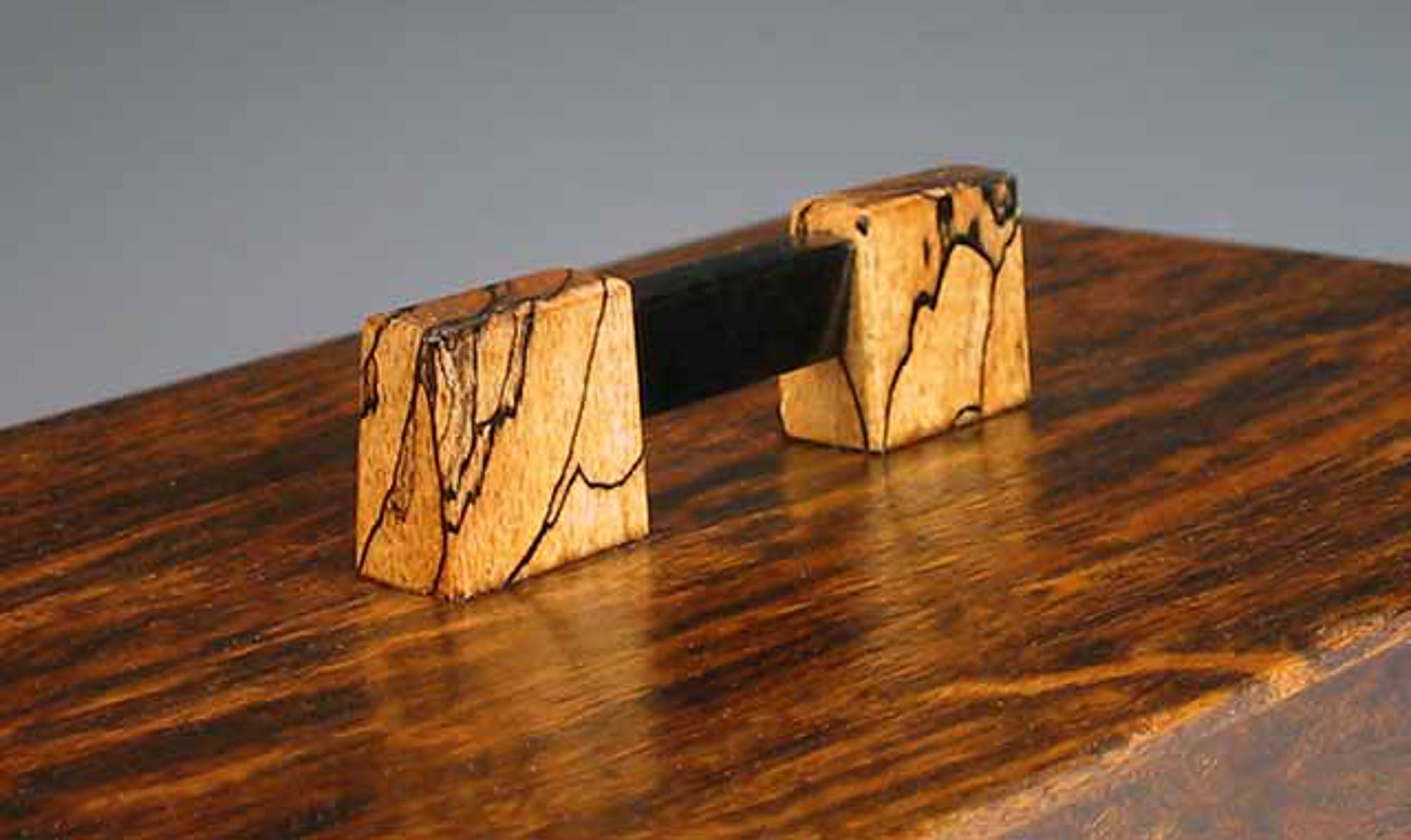 This small box is made of imbuya. It's a wonderful wood, nice spicy aroma, works beautifully, gorgeous color and figure. The handle is made of two little pieces of spalted maple and one little piece of ebony, all mortised and tenoned and wedged together. Sort of much ado about nothing.

Just a handle on a little box.

Made for my very good friend.